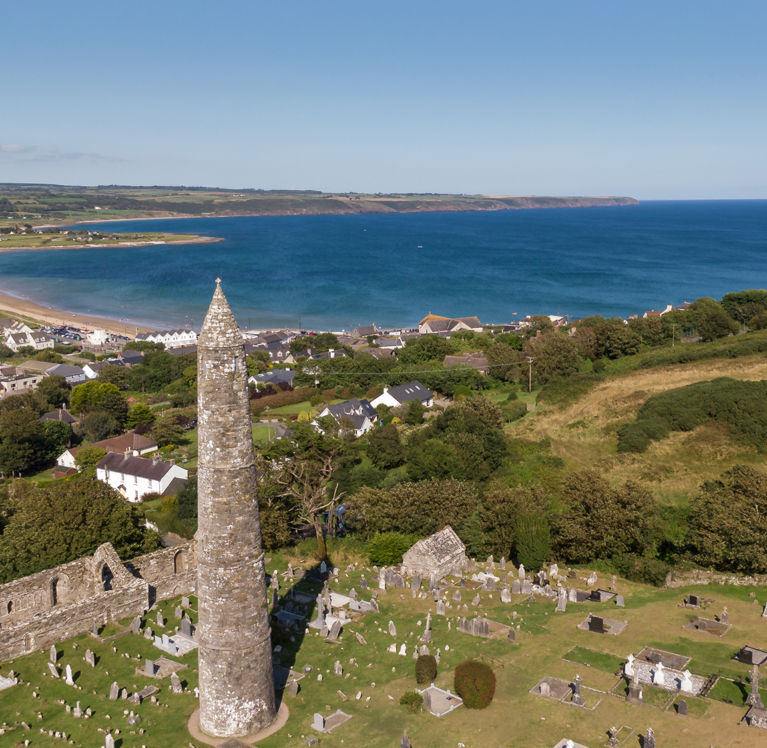 Newtown Farm Bed & Breakfast is located only a few minutes drive from the historic seaside village of Ardmore.

This lovely and popular seaside resort is on the Gaeltacht & Gaeltacht Scenic Drive and has won many awards for its attractiveness and its neatness, including the National Title in the Tidy Towns Competition. Originally a 5th century monastic settlement, founded by St. Declan in 316 AD, it is reputed to be the first such settlement in Ireland. The monastery grew in eminence and, in the 12th century, was recognised as an Episcopal See.

Ardmore Round Tower and Cathedral look out over the majestic sweep of Dungarvan Bay and the site attracts visitors today just as it did from the growth of its influence under St. Declan. Attractions include the EU Blue Flag Beach, the Cliff Walk, Ardmore Pottery & Craft Shop and St. Declan’s Way, a 94km long-distance pilgrim’s way walk to Cashel.